Service Manager PowerShell Workflow: The operation has timed out

Recently I was working on a PowerShell Workflow for Auto Group Assignment for Service Requests and Incidents for a customer and ran into a snag… Effectively, although the script appeared to be running as it should and the Support Group would auto-assign I received the following error: 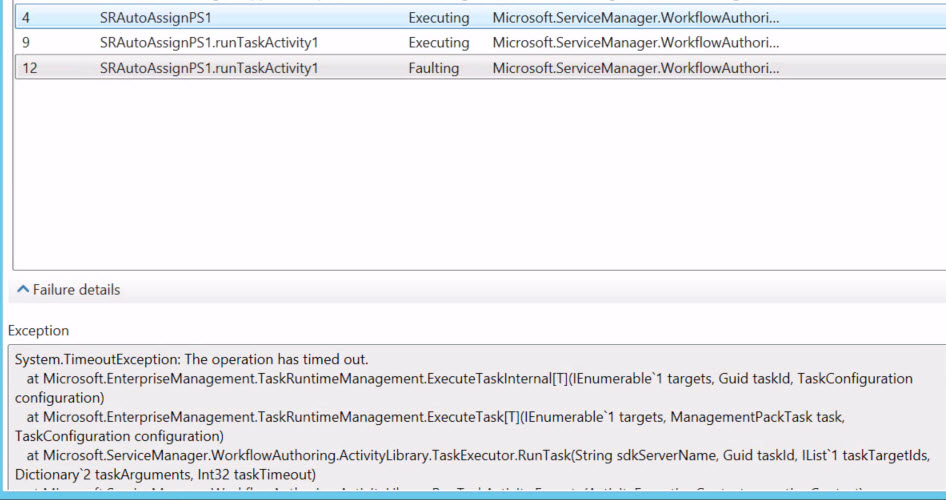 Multiple re-creations of my workflow using the authoring tool and manual script execution showed the script was working as intended.  It turns out the issue was that the SQL Broker wasn’t enabled for the ServiceManager Database, thankfully an easy fix.