One of the great features in ESXi 5.x is the vSphere Web Client.  It is very feature rich and is nice to have a web client front end for remote support, etc.  We recently received a call from a customers external vendor who couldn’t bring up the web console.  I checked their permissions and confirmed they had access to the VM they needed to work on.  They could perform virtual machine functions but there was simply no option available for remote console. 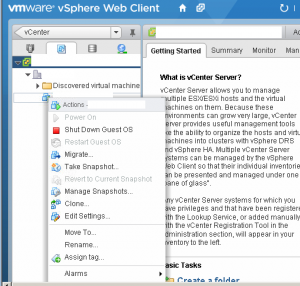 Remoted to their system and noted that the Client Integration Plugin was not loaded.

Downloaded and installed, logged in and confirmed Remote Console was now available and operational. 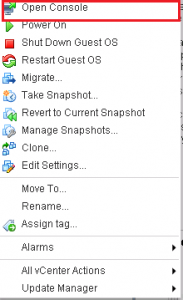