I was recently moving storage for a customer’s Hyper-V VM from one CSV to another new storage tier. On moving the VHD, I selected the root of the storage folder as the destination. After starting the storage move, I received the following error:
“Storage migration for virtual machine ‘servername’ failed with error ‘General access denied error’ (0x80070005). Migration did not succeed. Could not start mirror operation for the VHD file C:\ClusterStorage\Volume5\servername\disk-2.vhdx to C:\ClusterStorage\Volume2\disk-2.vhdx’: General access denied error’ (0x80070005). 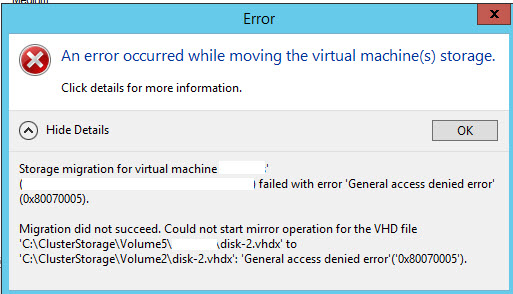 As generally Hyper-V will create a folder name for the VM when selecting the root folder, I hadn’t given it much thought however after creating a folder with the name of the server and selecting it as the destination it completed successfully. 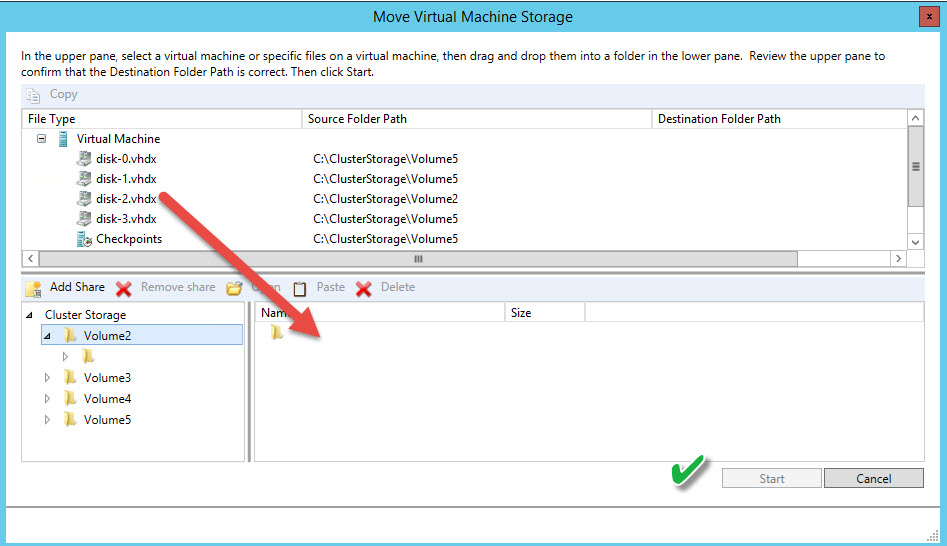