Windows 8.1 update was just released at 12am this morning.  Went ahead and gave it an update on my work laptop (Friday afternoon @ 3pm – what else do you REALLY want to do?)…  Less than 30min for the entire update and overall a smooth transition.  First impressions, it appears to be quite responsive.  Only caveat to this would be the new expanded (includes web results) search function from the Start Screen when searching for local files but I’m not convinced it is not an initial delay due to some initial indexing – I’ll wait to reserve judgement.  Little changes apparent so far, icon colours have changed of the Start screen, “Computer” is “This PC” in Explorer & I like the added right-click function menus on the new Start/Windows button.   The only issue I have noted so far was that my Displaylink DVI USB device for my 3rd screen required a driver update to function.  As much I rolled my eyes at all the user (and co-worker) complaints over the last of start menu in Windows 8, I have to say it is nice having a Start/Windows button back again.  I’ll continue to update as more functionality becomes apparent! 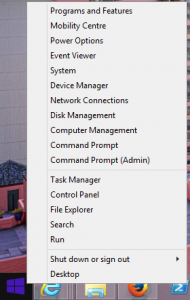 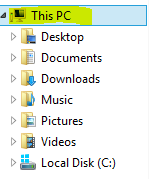 Based in sunny Tauranga, New Zealand, AJ McKean is a Senior Systems Engineer in Mt Maunganui. With over 15 years of professional IT experience working in both New Zealand and the United States, he holds several certifications including MCSE(2000-2003), MCITP:Enterprise(2008), MCSA(2012), VMware VCP-DCV5.5, CompTIA A+ & is an HP Storage Architect. He is passionate about all things IT, especially virtualization, automation & cloud technologies.
View all posts by AJ McKean »
Next post »