Recently while testing out some task sequences with non-domain systems, I ended up with a bunch of “Unknown” computers in the Devices list in SCCM.  While I could filter this and remove it easily from the console, I wanted to set a task sequence to continually run through process while testing. 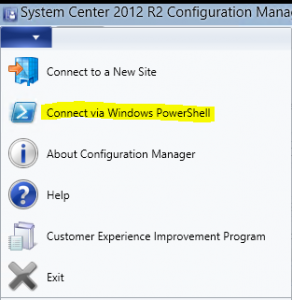 #Define your 3 character site code with this variable, in my example “ABC.”  I have defined the Site Code as I didn’t want the inherent x64 & x86 Unknown Computer Devices to be filtered from my results.  You could replace Unknown with another computer name, import a list via CSV, etc.

Note:  Please do this at your own risk – I’d suggest lab testing this first. 😉